This question was closed as "too localized". Could those who voted that way please explain just what it is about the question that they think is localized?

To me this is just plain crazy voting and might well be the result of over-indulgence during the Silly Season but I think if the question was to be closed it should have been closed for a valid reason, not just something picked at random.

The question appears to have been reopened, presumably by a mod. It also has another 2 close votes.

Let me be clear: I am not defending the question's right to survival but if it must be closed let it be for a legitimate reason.

I voted "Not constructive" on this one, which I think is a much more appropriate close reason. I was the first non-TL vote.

Preface: I did not vote "Too Localized." I am playing devil's advocate.

I think "Too Localized" means "we have no idea what your use case is or what your performance needs are. That information is necessary to give you a reasonable answer that isn't a small book which covers the most likely scenarios. Sadly, that information is currently only known by you, so either pony up more info or we'll have to close it as too localized to the four walls of your office."

At least, that's how I interpret it. Certainly the question is of poor quality and we shouldn't need to coax information out of people like placing saucers of milk to cajole kittens from under the porch. I think "Too Localized" is a bit of a stretch of reasoning in this case. If I had seen that question, I would have voted to close it on grounds of not being a real question.

"How long is a piece of string?" 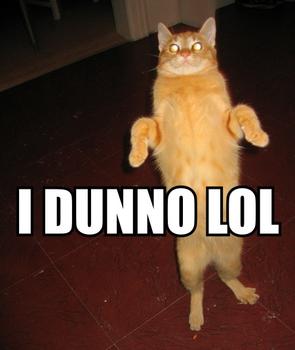 I believe you are completely misunderstanding the concept of local. You don't need to know or understand the use case for such questions, just as it's not necessary for anyone to know why I want to generate images programmatically, as per my most recent question.

I see a few topics here. Let's tackle them each:

I believe you are completely misunderstanding the concept of local.

Yes, I believe I might be. That's why I almost never vote the "Too Localized" option and instead choose "Off Topic [no migration]" or "NARQ." From my understanding of "Too Localized" it's a very scarce scenario when a question would fit into it. In this instance I would have voted NARQ - and in fact voted NARQ on it just now as I noticed it had been reopened.

I was only offering conjecture about the "Too Localized" votes because that's how I would have thought. I would have been 90% drawn to NARQ and 10% drawn to "too localized."

You don't need to know or understand the use case for such questions, just as it's not necessary for anyone to know why I want to generate images programmatically, as per my most recent question.

It's not necessary in some scenarios, but in this case (and in most cases on ServerFault) I believe it is. In this specific example, the sticky wicket is the words "optimal" and "performance" as in "What's the optimal way to partition, and format, this partition in Linux to maximize performance."

That's subjective and suddenly makes the topic of partitioning rely entirely upon what he's doing with that partition, what applications he's running and what characteristics they exhibit. Now we need to know a large tract of information that he hasn't offered up and it seems unlikely that a profitable experience will be had by anyone as they try and ferret that information out. Thus, I voted to close it as NARQ.

To pull it back on the topic of the "Too Localized" debate, I really don't know exactly why anyone would vote that option in this case, except for the reasons I pontificated above.

And I still want to know how long a piece of string is.

I largely disapprove of "what's the best" questions. they're usually poorly formulated, barely disguised Shopping questions, and almost always the answer includes "depends on your environment/use/budget"

1
Why was my server 2003 question moved to superuser.com?
1
Question closed because I am not an administrator on the server?
0
Can I Appeal "Not A Real Question"
10
Kill it with adamantine gauntlet: [fun]
11
Are country-specific questions too localized?
11
How to handle surreptitious promotions
8
Should subjective questions be subjected to closure?
10
Why was this question on remotely wiping deleted?
20
What should the community take away from panel-gate?