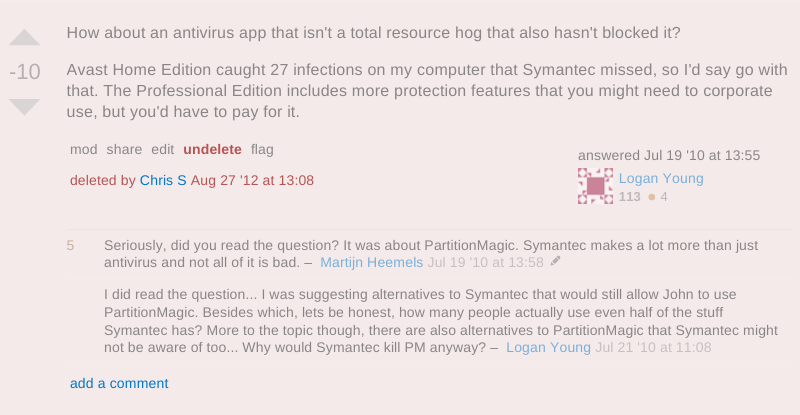 0
"Not an answer" -- really?
1
Should I flag answers that have been accepted even when they don't answer the question?
9
How to deal with "marginal" answers on review?
7
Why were my "not an answer" flags on these answers declined? What should I have done instead?
10
How to / should I flag exact copy answers
0
Why was this NAA flag declined?