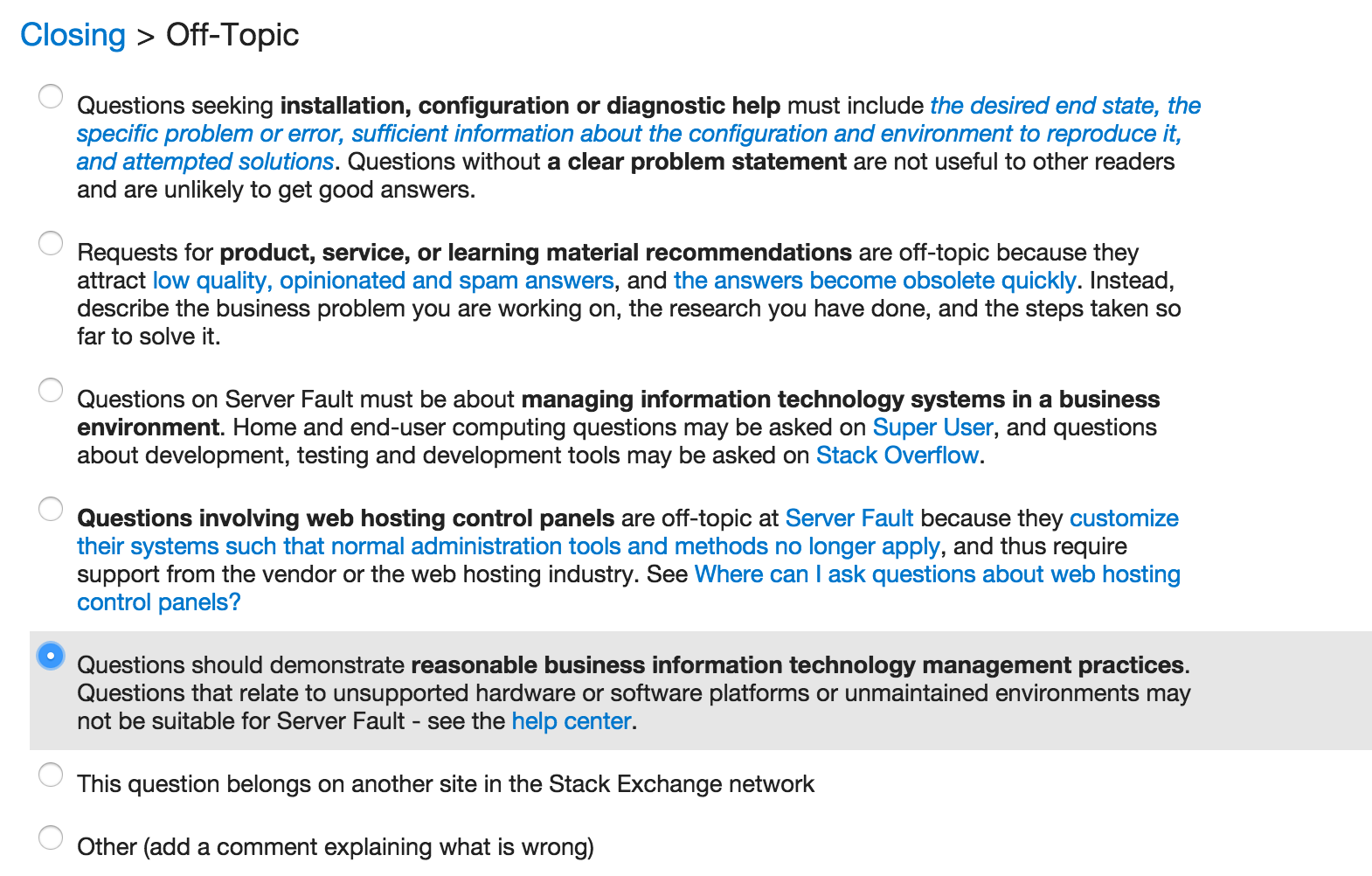 12
When are legacy/unsupported systems still on-topic?
-7
Unsupported setup, is it a valid question?
0
Is the "Add Another Answer" button really required?